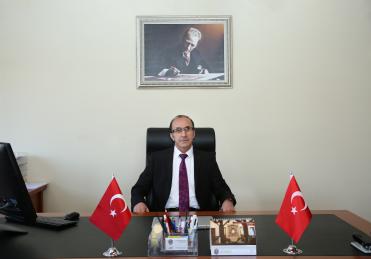 [ The improvement of understanding is for two ends: first, our own increase of knowledge; secondly, to enable us to deliver that knowledge to others. (John Locke)]

Resul YALÇIN (Asst. Prof.) received his Bachelor's Degree (1987) from Eskişehir Anadolu University. He received his MA degree in two different disciplines (Linguistics and International Relations) at Kent University in England between 1988-1992; He completed his PhD in Political Science in 1999 at Exeter University in England. During his 29 years abroad, he worked independently and sometimes with other scientific institutions such as the London School of Economics and Political Sciences (LSE), the School of Oriental and African Studies (SOAS) and the Swedish University of Gothenburg. In one of these institutions, the University of Bonn Institute for Development Research (ZEF), Department of Political Science and Cultural Change, he did postdoctoral research as a lecturer between 2005-2008. While at the University of Bonn, he took part in the Uzbekistan study of the Ne-Water project, an international project supported by the European Union. Resul Yalçın published the first comprehensive book on politics, economics and society in Uzbekistan in the post-Soviet period in 2002 as part of the history and cultural history of Central Asia. Yalçın also wrote three book chapters as well as three book critics and 13 scientific articles; participated in numerous international conferences and academic workshops. Yalçın joined Ankara Social Sciences University in 2018 as a Senior Lecturer in the Department of International Relations. He has 1064 citations in journals that are included in SCI/SSCI and others.

Institutions, Concepts and Politics in the European Union (BA)

By using asbu.edu.tr, you are consenting to the use of cookies.